Mahantam: The Vedic Interpretation of Greatness

Udupi Mahesh Prabhu is a seasoned media, management & political consultant. He is a Founder and Chairman of Vedic Management Center and Vivaswaan. A fellow of the Royal Asiatic Society of Great Britain & Ireland, London (UK) and member of the International Federation of Journalists(USA), he also holds a Masters in Business Administration with a specialization in Marketing. For more info visit www.indiamahesh.com 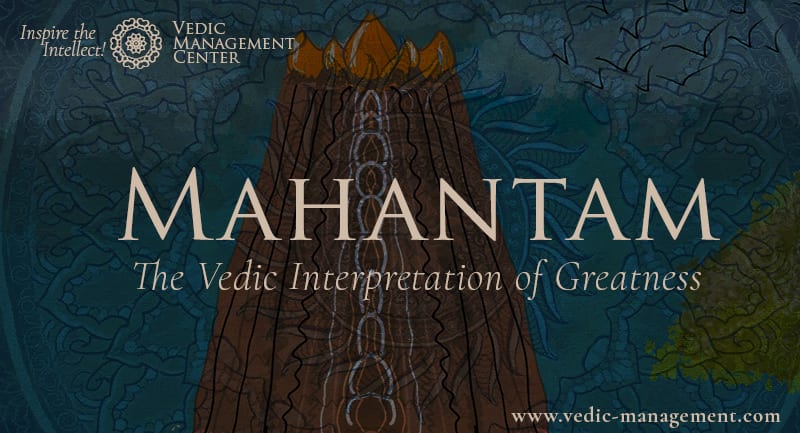 Mahantam is Vedic Sanskrit word meaning Greatness. It consists of two words, namely: Maam or Self and Hantam or End. Therefore, Mahantam is also an absence of selfish desires and ego. Not surprisingly, according to Vedic knowledge and wisdom, a selfish person can seldom qualify as Great.

When Alexander, the king of Macedonia, marched with a formidable Greek army with the sole intention of conquering the world, he ransacked cities, destroyed civilizations, raped women, enslaved children and slaughtered people for simply defending their land and homes. And yet historians today call him “Alexander the Great.” The higher the level of brutality and savagery of the ruler, the greater they become. This trend continues even to this day. Joseph Stalin and Mao Zeodang the two greatest mass murderers in history continue to be revered by many idolizing socialistic ideals. Needless to say, that such unwise labeling has helped none.

Now consider these personalities from Vedic texts revered for their greatness:

In Valmiki’s Ramayana, The Lord of Lanka, or Lankadhipathi, Ravana was a militarily, politically as well as an economically successful king who brought prosperity to his people. And yet, he was considered as an Average King. Even though Ramacharita Manas, a fictional work by Tulsidas which is loosely based on Ramayana, defines Ravana as “evil,” it wasn’t the case in the original work of Valmiki which mention all the good as well as bad qualities of Rama and Ravana but eventually decides to side with Rama for some of his notable qualities, including the ones below:

When Ravana abducts Sita, Rama asks for her safe return. When the request goes unheeded, Rama wage war and eventually kills Ravana on the battlefield. Thrilled by the sight of the slain king, Rama’s warriors decide to trash his body into the ocean. Rama refuses to let them have their way. “He was a king, a benevolent king to his subjects whom he treated well. He must have a burial befitting a king.”

“But he abducted your wife…!” suggested a warrior. “For that, he has paid the price with his life!” replied Rama.

At the Ravana’s funeral, Rama declares, “Now that Ravana has left his material body let only his good deeds remain, and his bad forgotten…”

Rama even refused to covet the kingdom of Ravana! When his brother Lakshmana asked why not make Lanka home, Rama replied: “Although this is a wonderful and prosperous place, there is nothing like my mother and motherland…”

Rama handed over the entire kingdom of Ravana to his younger brother Vibhishana!

In Mahabharata of Vyasa is a story of King named Bharata. He is the person after whom India is also known, even today, as Bharata.

Bharata had three wives and three sons with each of them, a total of nine children. When he was growing old, he wanted the most competent among his sons to succeed him. When he interviewed them, he found them all to be unworthy of his throne. Heartbroken he went to his Guru Bharadwaj. There he met a competent person named Bhumanyu. In him, he saw a worthy successor.

But when Bharata declared to make Bhumanyu his successor, all hell broke loose. “But he is not your blood…” they all claimed. “I am a king, and all my subjects are my children.”  And as legend has it, Bhumanyu proved just the right king after the demise of Bharata.

The Mahantam of Bharata here is owing to his incessant urge for the welfare of his people, even at the cost of his family.

Many people with little knowledge about Mahabharata blame Krishna for The Great War. People who know only him only by Bhagavad-Gita will recollect his persistent effort to incite Arjuna to fight the war. But those who have read Vyasa’s Mahabharata would know how hard he tried to avert the war. And even on the battlefield, his army was fighting for Kauravas whereas he refused to fight with any arms to ensure that he wouldn’t have to kill his men.

After the Great War of Mahabharata, it was Krishna who ensures proper burial to all slain soldiers from both sides. He also advises Yudhisthira to take good care of defeated king Dhritarashtra. Krishna took no spoils of war, no share of the land won. And he took leave to live as a renunciate in the forest.

Here Mahantam of Krishna is of selflessness and courage to do what is right even at a great personal cost.

Kautilya a.k.a. Chanakya a.k.a. Vishnu Gupta is often compared to ruthless Chinese military general Sun Tzu and European schemer Niccolò Machiavelli. Those who do such mindless comparison know nothing about the selfless, altruistic as well as sagely qualities of Kautilya who took nothing for himself even after establishing the most formidable empire of his times.

According to the legends: once the Mauryas had consolidated their power across the Indian subcontinent, after anointing of Chandragupta as the king and the appointment of the council of ministers with Amatya Katyayan as the Prime Minister – Kautilya a.k.a. Chanakya decided to retire from public life. The legend has it that – although feared by everyone – including the king – nobody wanted Kautilya to leave. Amatya Katyayan asked, “Acharya, why leave now? You’ve earned your position here, enjoy it, what is the point of letting it go?” To this, Kautilya replied, “There are only two ends to power, either we relinquish the power or let the power relinquish us. When we relinquish power – we are liberated, but when power relinquishes us – we are desecrated.” Saying thus he left the capital without a trace.

For a Rishi to call someone as Mahan, Mahantam, or Great wasn’t nearly as easy. They had no desire for flattery. Consider this story from little known Sanskrit classic, Simhasana Dwatrimshika:

After finding the lost throne of Raja Vikramaditya, which was known to increase the power and influence of the king seated on it, Bhoja Raja decided to ascend it on an auspicious date. Just as when he was about to set foot on it, one of the statues came to life and asked, “Wait, O Bhoja Raja! Late Raja Vikramaditya to whom this throne belongs, was a powerful yet humble man. He was austere in his living and generous in giving. Are you nearly as great and austere as he was?”

“Yes, I am, ” replied Bhoja Raja, before describing his austerity and generosity in detail.

“A person who is truly austere, generous, powerful and humble will neither speak of his qualities nor make a show of it in public. You are undoubtedly an imposter undeserving of this throne…” pat came to the reply.

Be that Zero, Yoga, Ayurveda, Rajaneeti or Kootaneeti everything that was discovered or invented by these Rishis was for the welfare of humanity. The Vedas are a collection of texts by various Rishis, and today we hardly know a handful of these Rishis.

In the west, the histories were written by hagiographers, people who were paid to present crimes as virtues and ruthlessness as greatness; and even to erase names of benevolent rulers or portray them as evils.

In Vedic India, history was written by these sage Rishis who had no vested interest to demonize or glorify others. They had no desire for material wealth. And therefore, their objectivism carries greater weight and their perspective more balanced and trustworthy.

0 responses on "Mahantam: The Vedic Interpretation of Greatness" 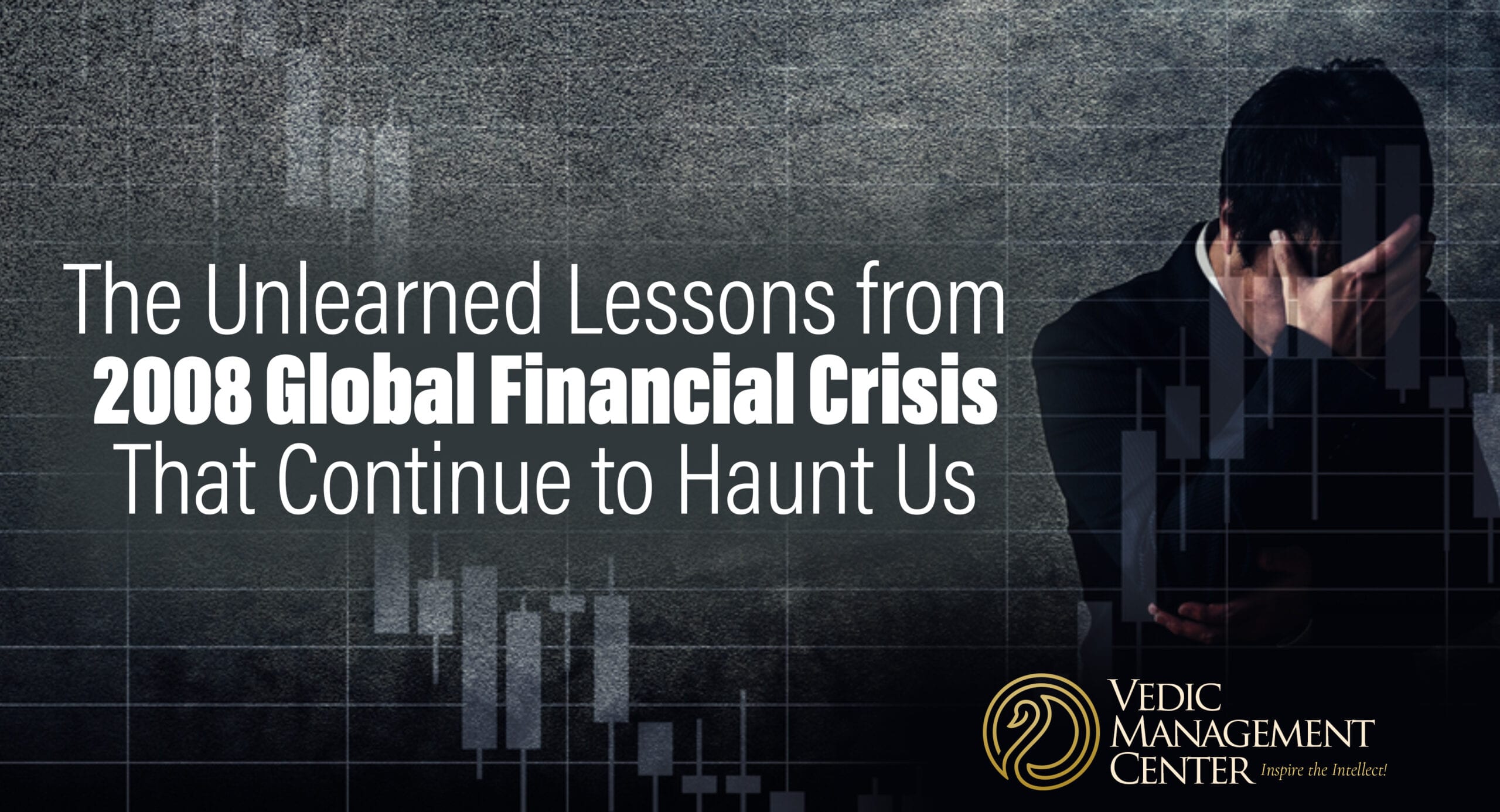 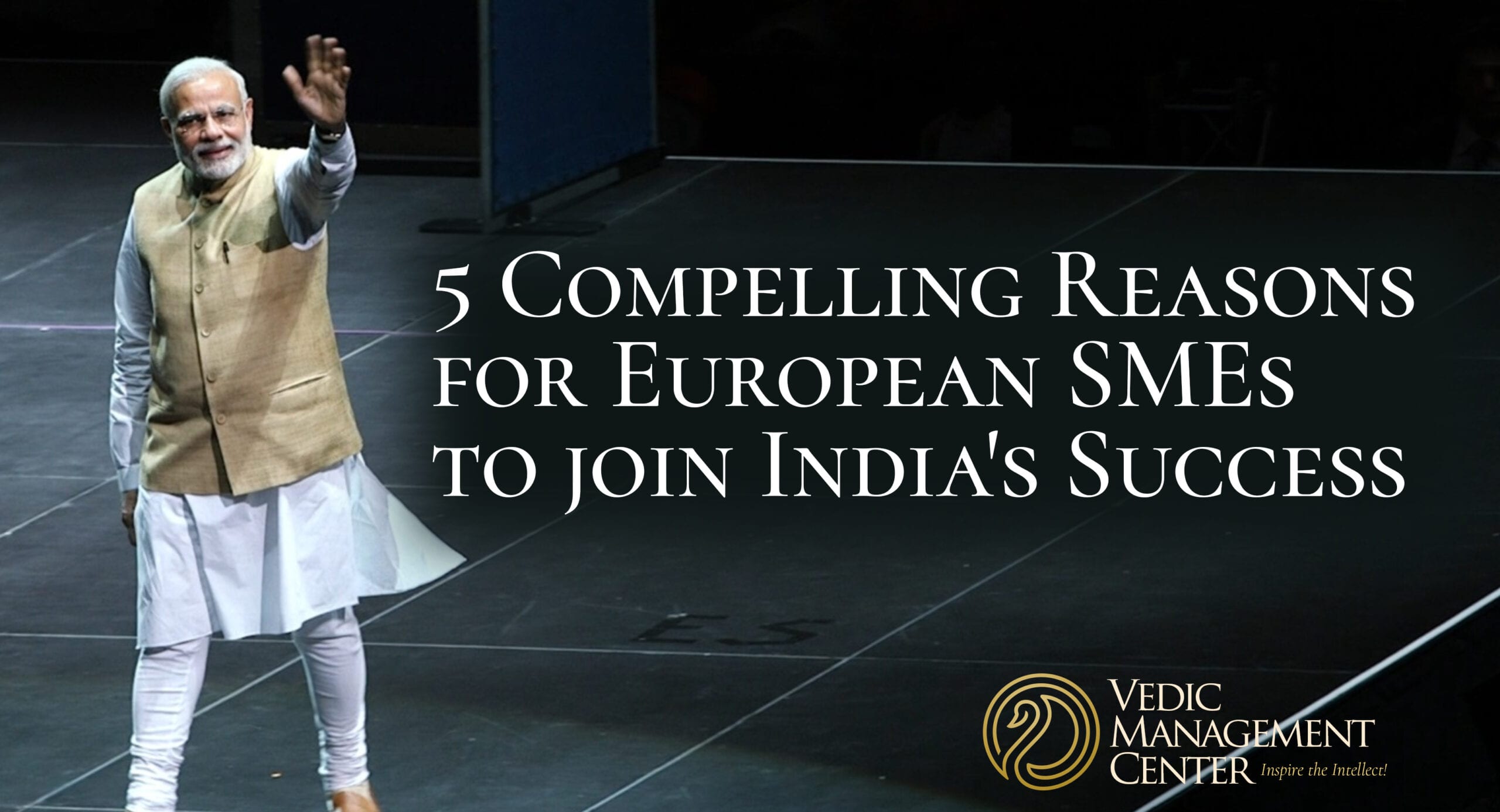 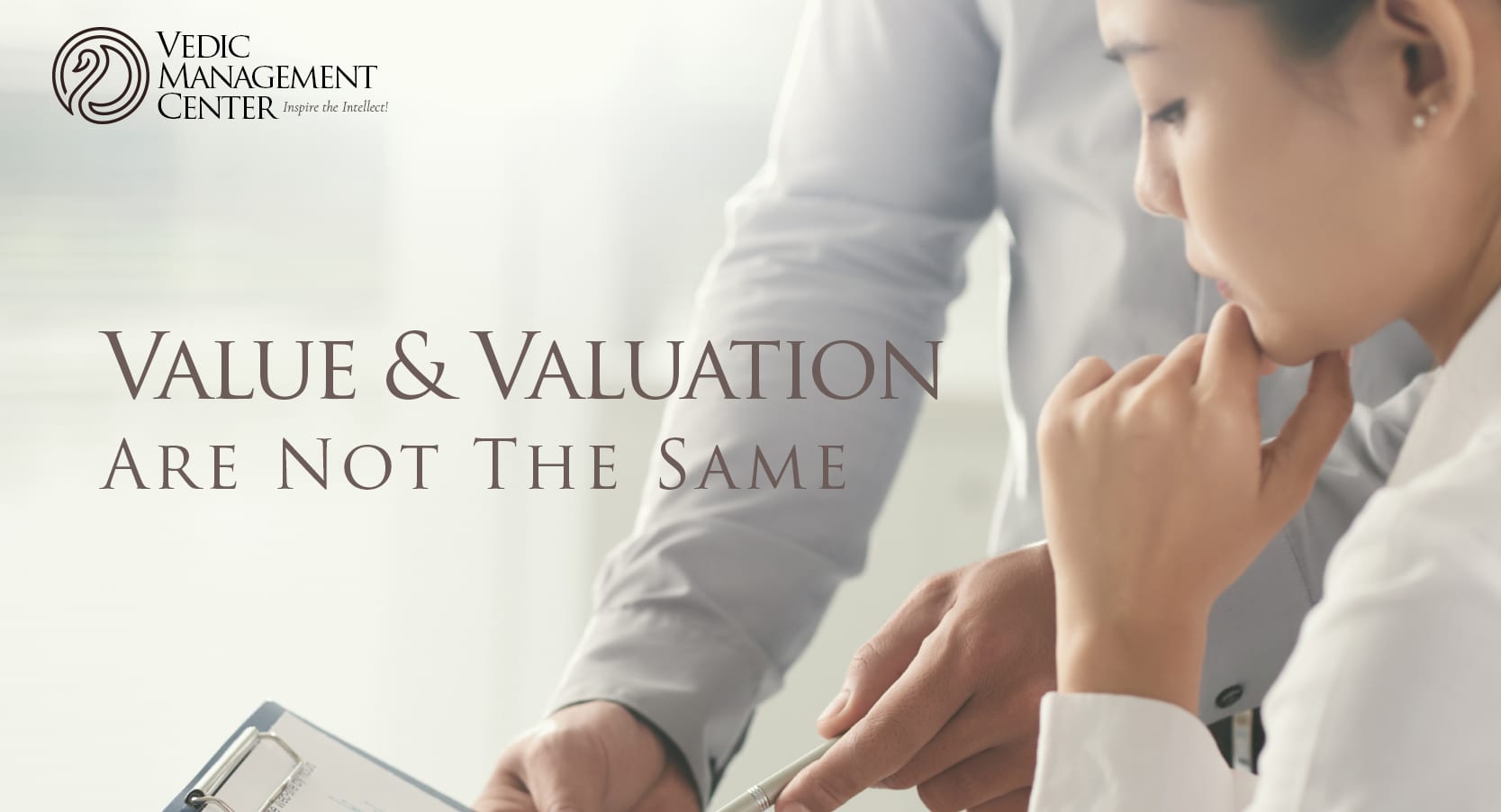 Value & Valuation Are Not The Same 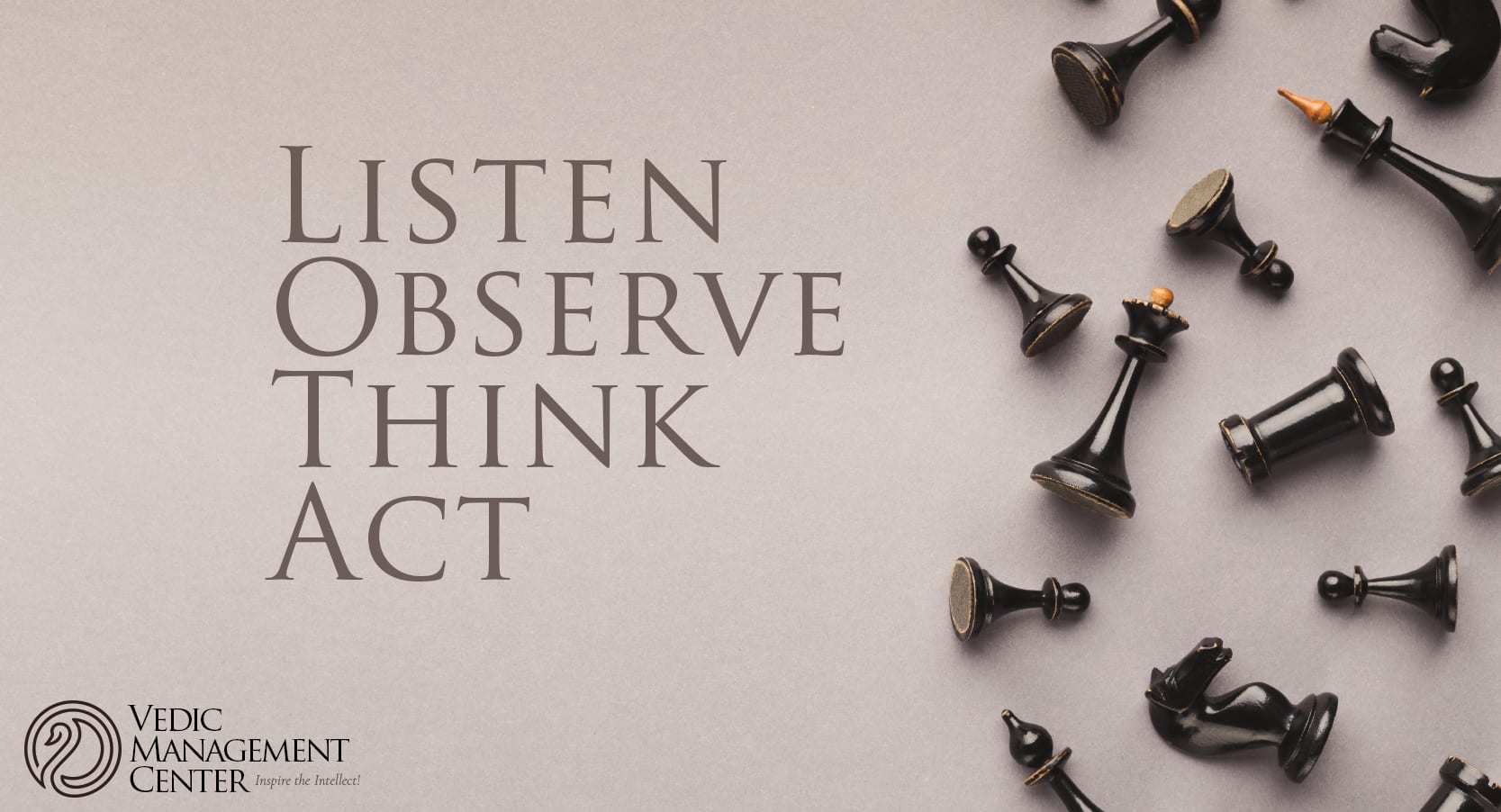 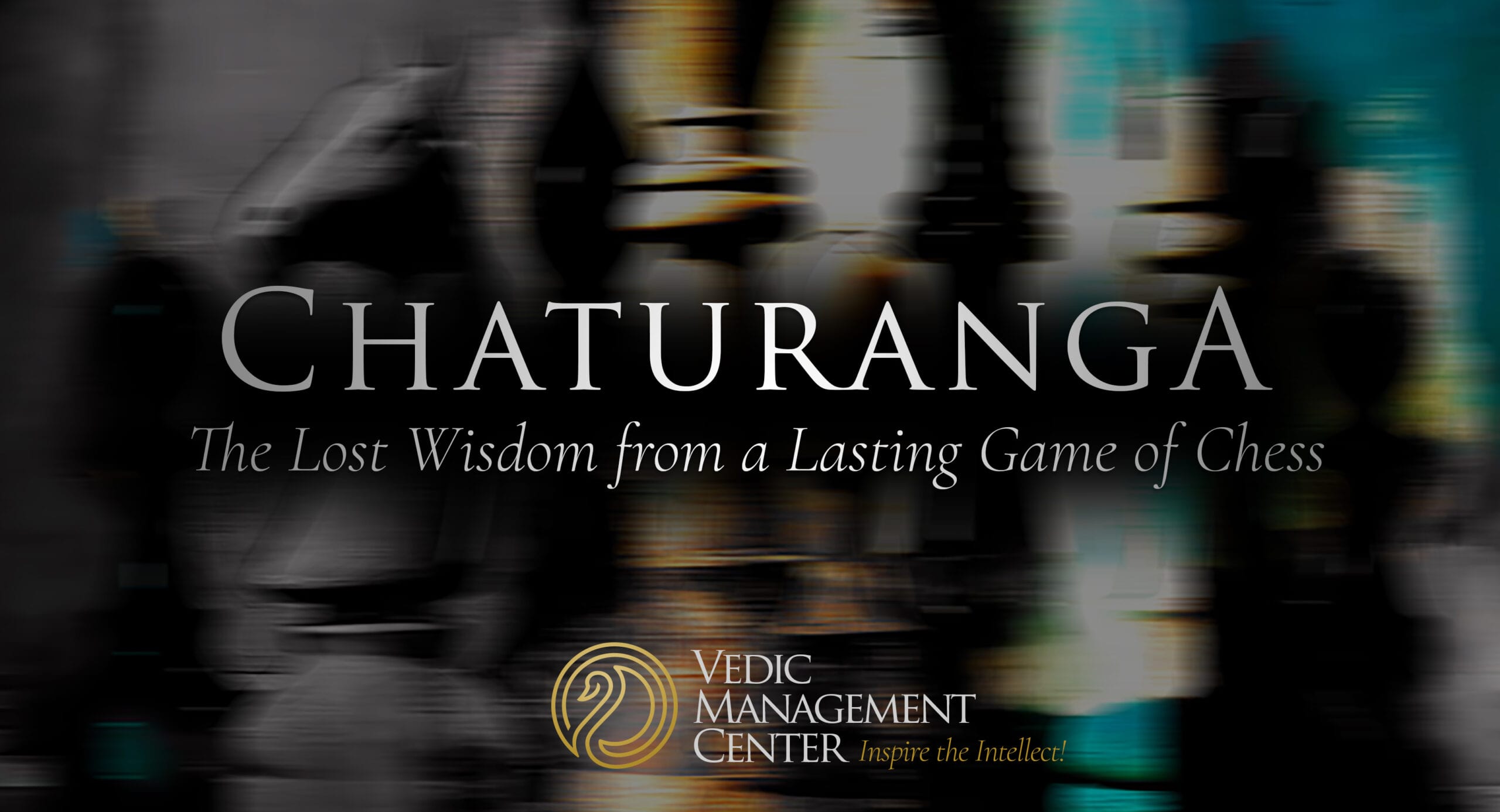 Chaturanga: The Lost Wisdom from a Lasting Game of Chess 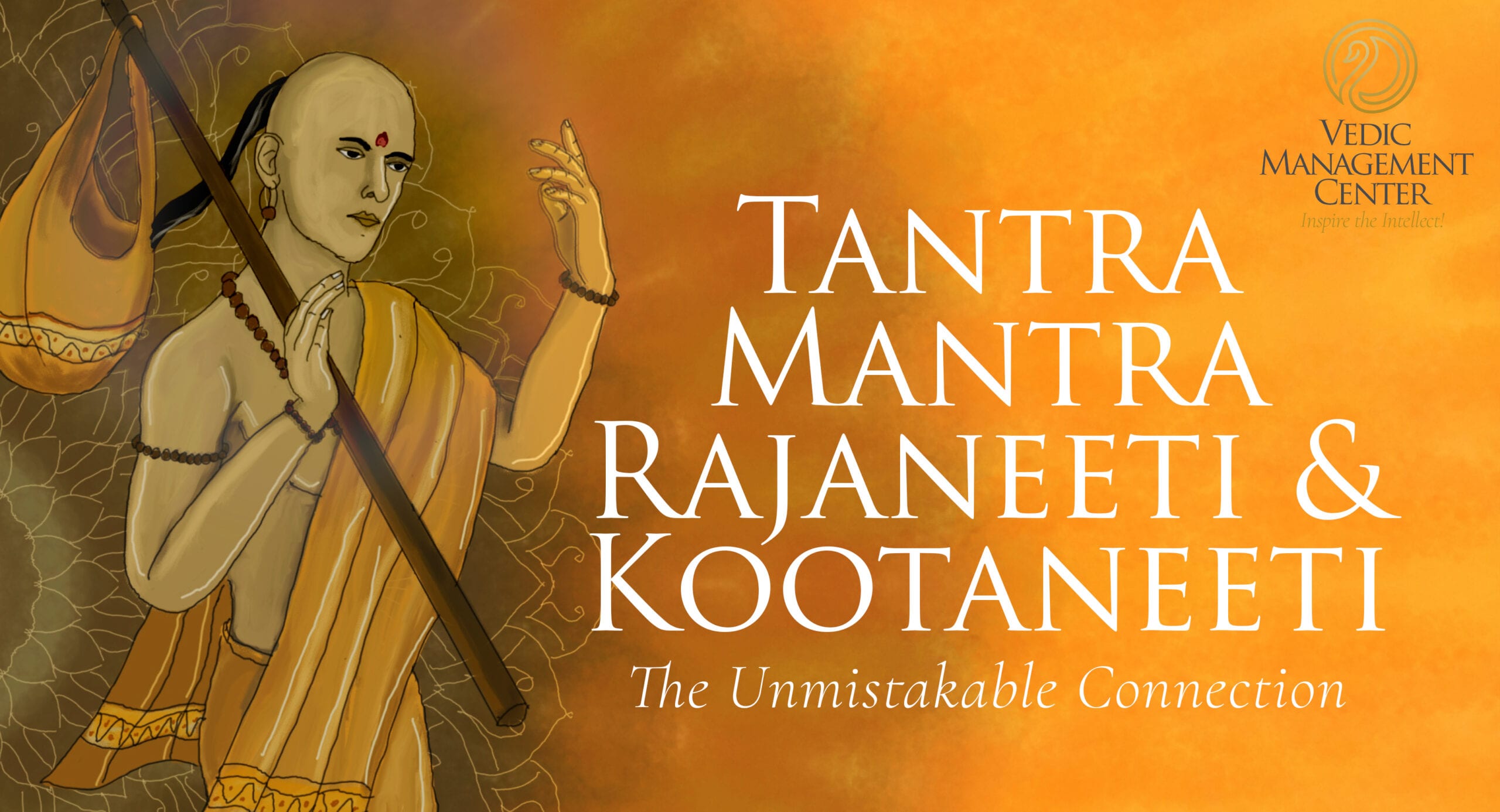 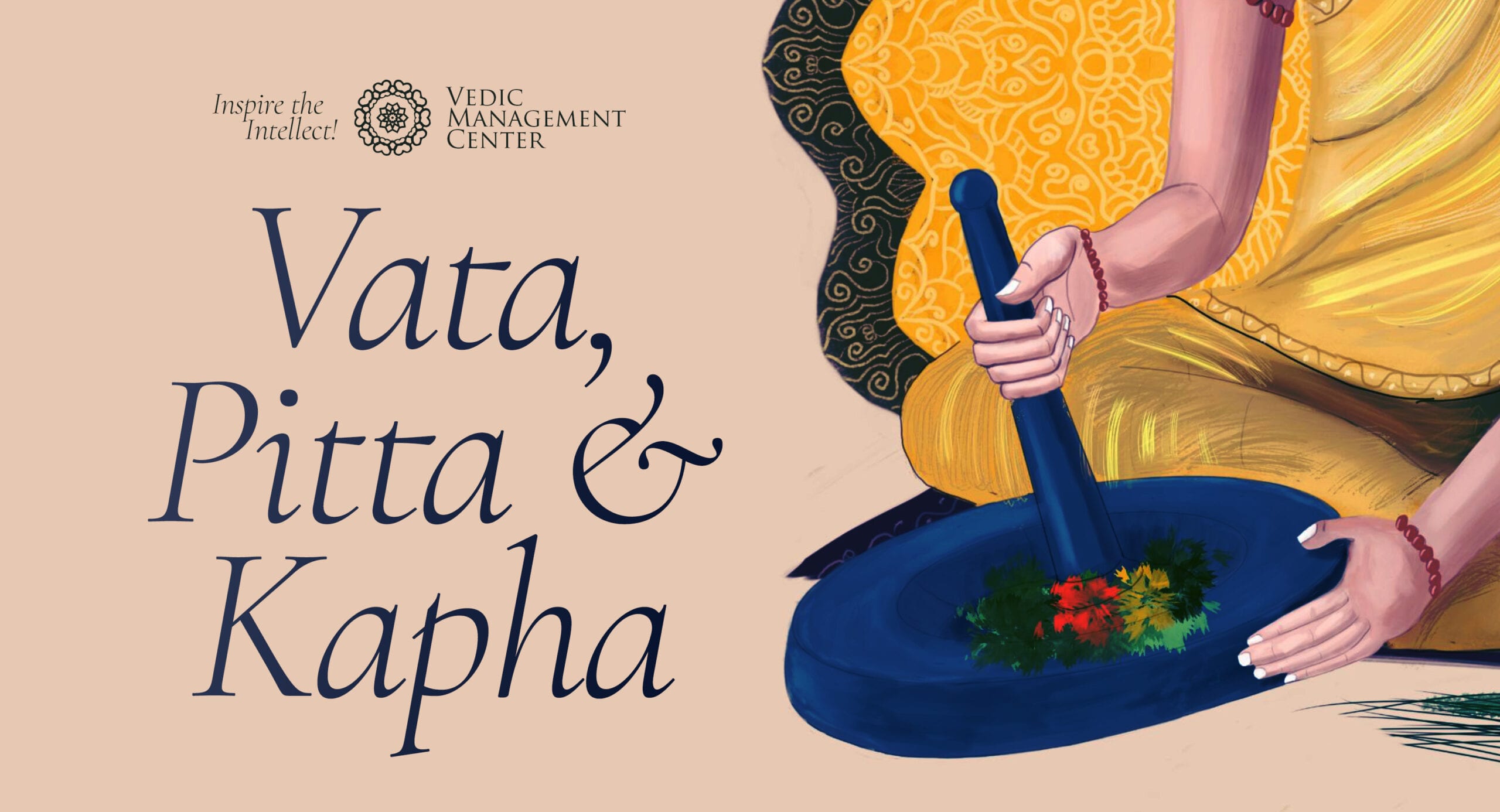 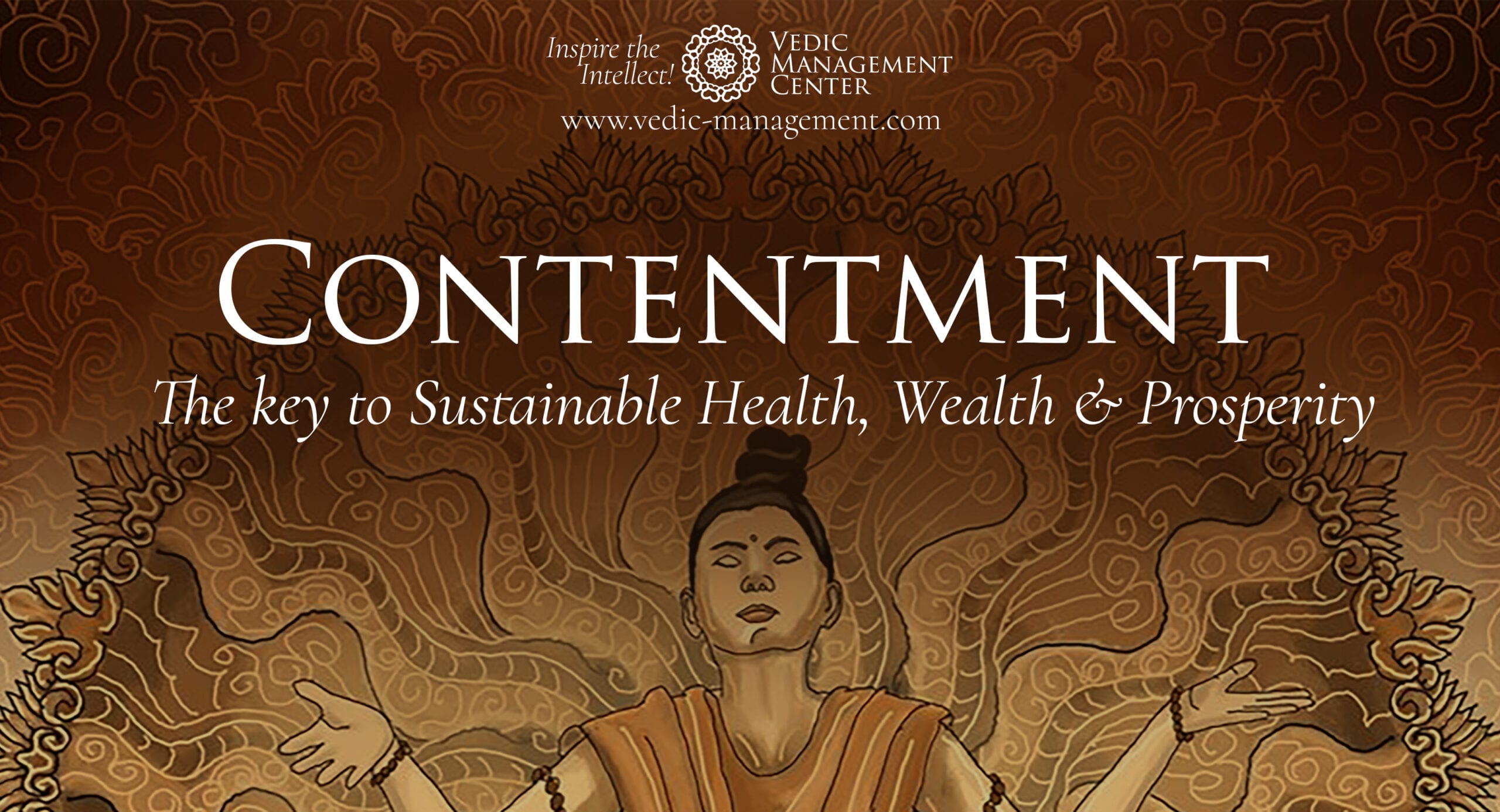 Contentment is the key for Sustainable Health, Wealth & Prosperity 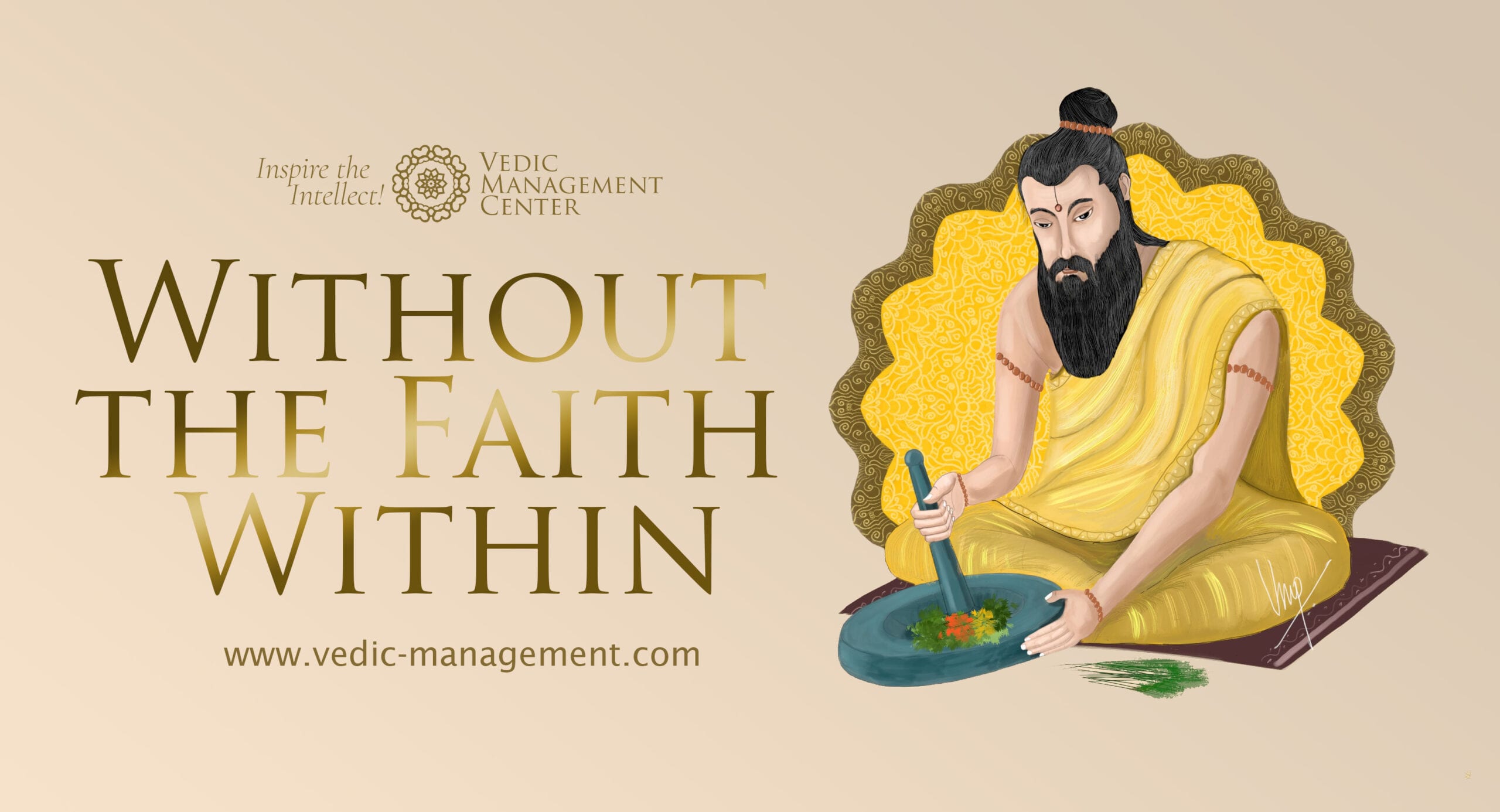 Without the Faith Within 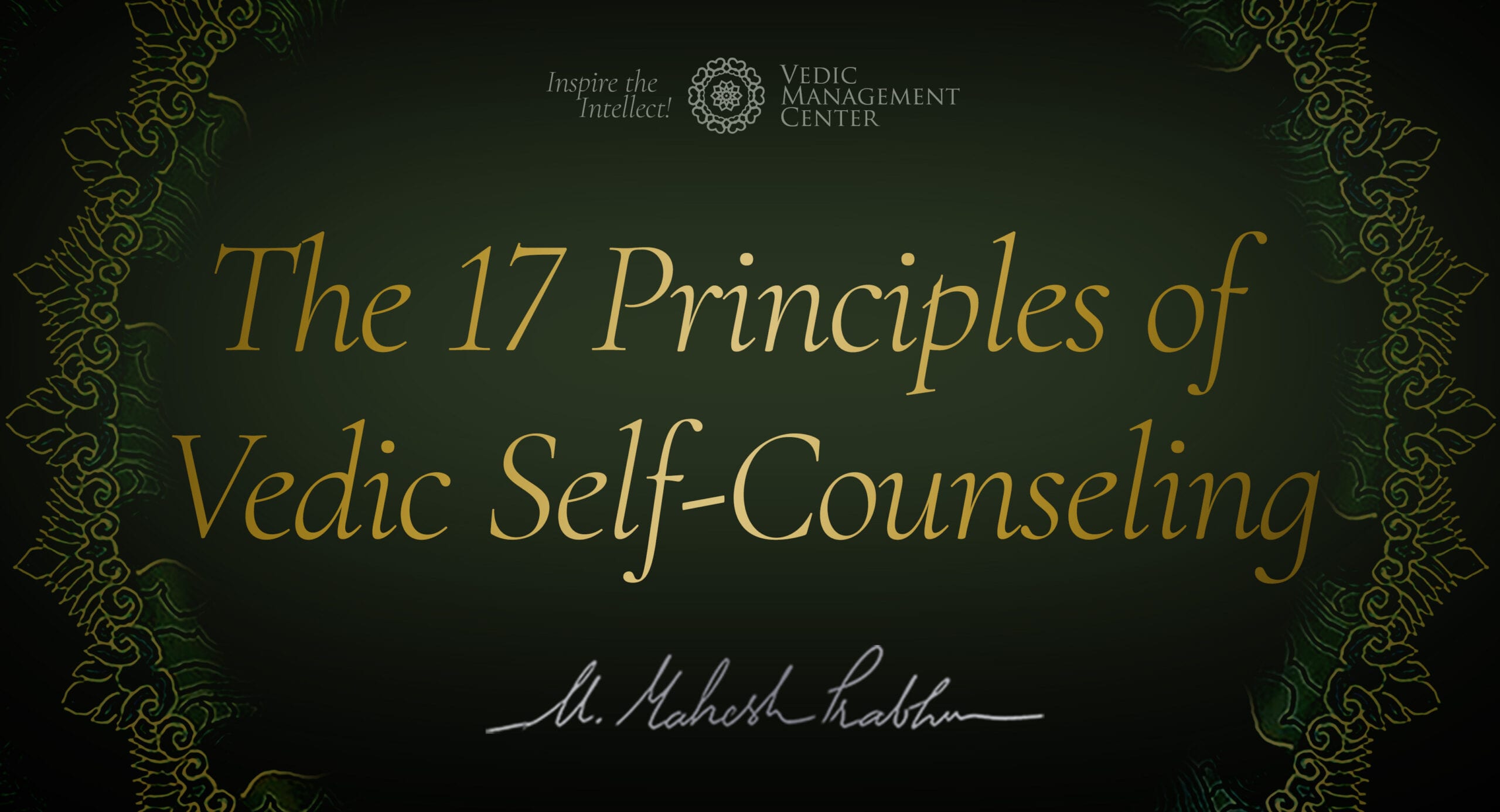 The 17 Principles of Vedic Self-Counseling 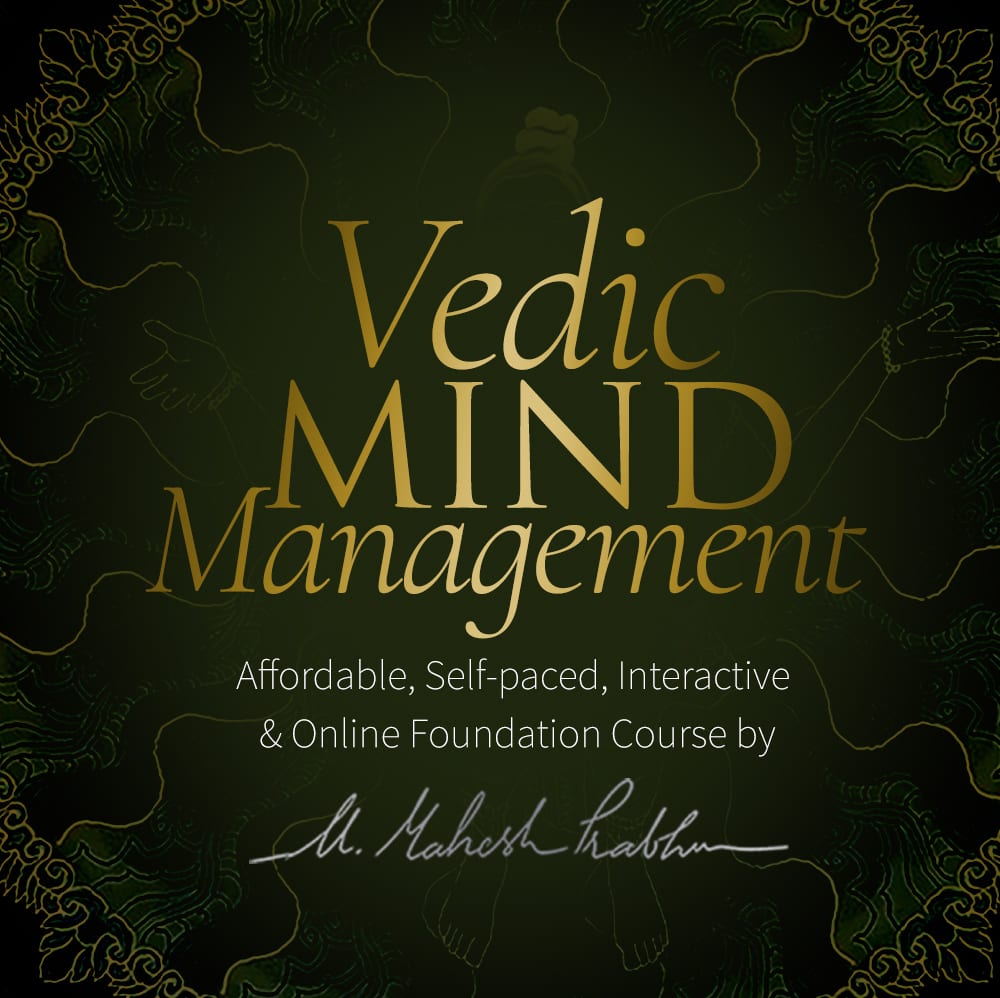 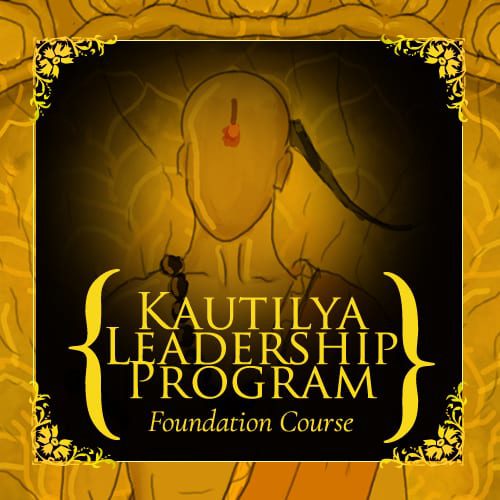 Take the most affordable, self-paced & completely online course to help you unleash the POWER OF MIND! What's more? It also comes with 4 hours of free counseling session with course creator.